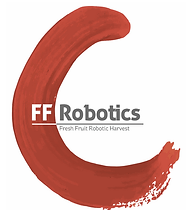 The FF Robot collector provides the farmer with a more effective and efficient alternative that saves labor costs, increasing the profitability of the farm. This system also offers the opportunity to greatly improve fruit production, orchard sustainability and food security with precisión agriculture capabilities by providing atonomously obtained fruit production and quality data during harvest.

In the future, the FFRobot will also be able to perform flower and fruit thinning and pruning, thus increasing its use thoroughout the season and increasing its profitability. The ability to consistently perform pruning and thinning with a robotic machine and the data obtained will greatly improve fruit quality and make farm management easier.

Farmers growing fruit-trees, all over the world, are forced, without any option, to hire, each year, temporary workers, sometime from foreign countries, in order to be able to pick the fruits and have them available to the markets shortly after such fruits have been picked, in order to avoid rotting.

It is well known by now that these growers witness, for several years now, common issues:

The FFRobot harvester (Figure 1) is in fact a self-propelled integrated system that harvests fruit from the trees and gently delivers the fruit to bins in the orchard. The system is made up of three major components – a hybrid platform that provides power, moves the machine, and handles the bins; a structure of 12 independent Robotic Arms, six (6) on each side of the Platform with sensing systems and AI intelligence for harvesting the fruit; and an integrated fruit handling and bin filling system.   The machine is completely automatic and autonomous while harvesting in the orchard. For safety reasons, one supervisor is on the machine in case of malfunction and to position the machine in the row of trees.

At the end of each Robotic Arm there is a Gripper to grasp the fruit, rotate it or cut it from its stem (depending on the type of fruit) (Figure 2). The gripper is guided by a system of cameras, sophisticated image processing, and artificial intelligence that ensures the fruit can be accessed and removed without damage and that only targeted fruit is harvested based on the orchard specifications. 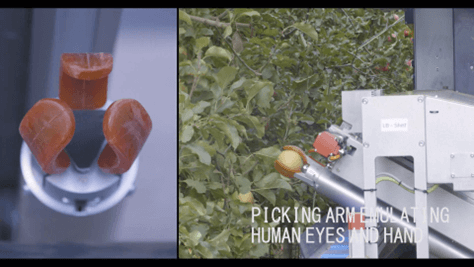 The FFRobot Harvester is driven by the supervisor to the beginning of the tree row. The Harvester is then standing in front of a section of the trees (normally 2 trees, depending on the structure of the orchard) on both sides of the Platform in the row (Figure 3).

Guided by sophisticated Image Processing/Vision and Artificial Intelligence software and state-of-the-art algorithms, the FFRobot, using a variety of cameras and sensors, takes a picture of the section of the trees on both sides of the the FFRobot,  analyzes the pictures, identifies the location of the fruits on the trees, evaluates potential obstacles that may prevent quality fruit removal,  determines – based on the grower’s criteria entered into the FFRobot’s computer system – the size and color of the fruits, and selects the ones to be picked according to these criteria, and instructs each Robotic Arm to move to a particular fruit – and pick it. The twelve arms operate simultaneously to harvest fruit at a high production rate.

As soon as the fruit is picked by the Gripper – each Arm retreats to the base of the FFRobot, puts the fruit – gently – on a conveyor belt, which leads the fruit to a bin at the bottom of Platform. The Platform carries three (3) bins, and once a bin is filled up with fruit – the Platform gently lays it on the ground at the back of the Platform, and picks a new, empty bin.

Once the fruits on the trees on both sides of the Platform are picked – the Platform moves – automatically and autonomously – to the next section of trees, and begins, again, the procedure described above – until it reaches the end of the row and is then turned to the next row to continue the harvest (Figure 4).

The ultimate yield of the FFRobot Harvester is 9,000 fruit per hour (e.g., ca. 1.4-1.5 metric tons of apples per hour) – which is around 10 times more than the average output of a skilled human picker. The FFRobot Harvester can work 20 hours per day (it functions at night as well with artificial lighting mounted on the Platform), thus yielding around 30 ton of picked fruits per day.

The FFRobot Harvester will usually reach about 90% of the fruits on a given tree in a fruiting wall configured orchard, with a rather low percentage (5%) of damage to the fruits.

During the picking process the FFRobot will collect data and store it for the future reference of the grower: Number of total fruits as well as picked fruit per tree, row, dunam/acre and orchard, and tree structure. This data can be used to guide future improvements in orchard management to provide better quality fruit and sustainability improvements. 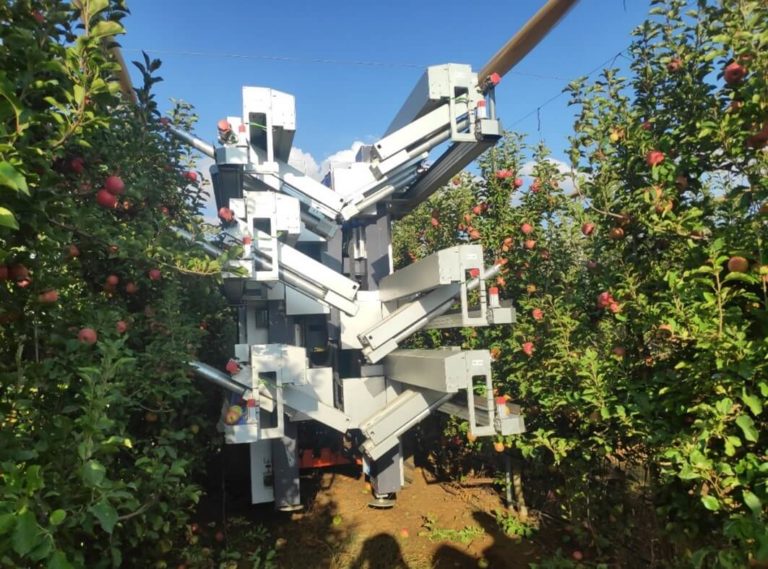 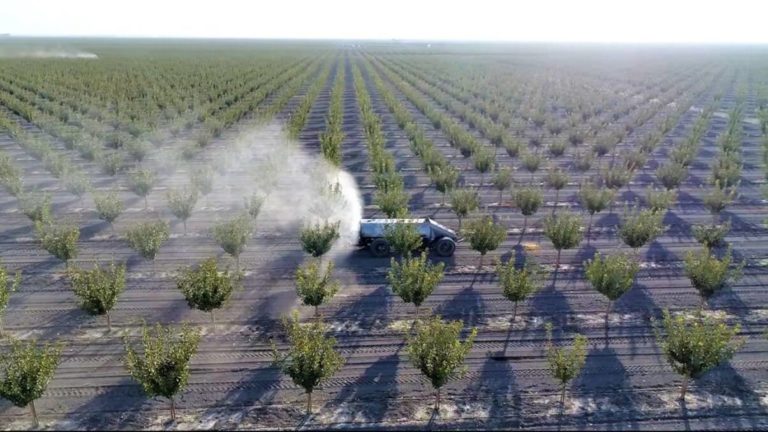