The perfect option for Olive Grove in Hedge cultivation

This new olive tree variety comes from Todolivo’s Genetic Improvement Programme. It was naturally obtained in 2008 through cross pollination between Arbosana Clon I-43® and Koroneiki Clon I-38®. 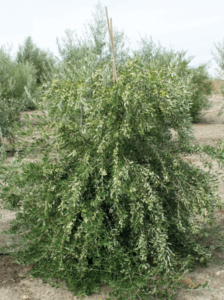 This variety is of small size, of medium-to-low vigour, and has an open growth habit. In addition to this, it has low pruning needs and it shows a quick productive response to pruning, thus allowing for easy and economical agronomic management.

It is characterized by an early, high and constant production and a high fat yield, both in its early ripening and late ripening stages, and it is in the former when it shows the greatest production differences compared to the other varieties.

In the trials carried out to date, this variety has yielded more kg of olive oil/ha than its parents and than an international selection of 33 traditional varieties to which it is being compared at the “La Mata” and “Las Hazuelas” irrigated estates and at the “El Calderito Alto” rainfed estate. A PRODUCTION COMPARISON with the traditional varieties tested at “La Mata” estate.

It is resistant to leaf spot disease and tolerant of Verticillium and tuberculosis.

Todolivo I-15P was naturally obtained in 2008 as part of our Genetic Improvement Programme through cross pollination between Arbosana Clon I-43® and Koroneiki Clon I-38®, two of the most productive varieties in our multi-variety Olive Grove in Hedge trial conducted at our Pedro Abad Research Centre (Córdoba) and planted over 23 years ago.

We were very well acquainted with Todolivo I-15P ‘s parents, as we had been aware of their qualities since we started introducing them in Spain and Portugal, in the late 90s. Its mother, Arbosana, was an interesting and highly productive variety, and its small size and low vigour made this the perfect option for hedge cultivation, and, in addition to this, it was very easy to manage and very cheap to prune. Nevertheless, it also showed some weaknesses: its fat yield was lower and it was a late-ripening variety, which resulted in the farmer losing fat points in early harvests, and in slower and more costly harvests due to the high resistance that this variety’s fruit offered to detachment. In addition to this, this variety was resistant to leaf spot disease, tolerant of Verticillium, sensitive to tuberculosis and it tolerated humid soils poorly. With regard to its father, Koroneiki was a variety that delivered an early entry into production and a high productive capacity. Moreover, its oil was highly valued in the market due to its great stability and excellent organoleptic qualities. 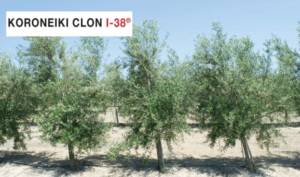 For all these reasons, we decided to include them in our Genetic Improvement Programme and cross them in order to obtain a superior variety in terms of production that could inherit and/or enhance as many of its parents’ qualities as possible, while minimising or correcting their weaknesses. Among all their children, we observed that there were some varieties that achieved all these goals, as it was the case with  Todolivo I-15P, which fulfilled all the requirements that we were seeking: it was structurally similar to its mother, which made this the perfect variety for hedge cultivation, and, in addition to this, it outperformed both its parents in terms of productive capacity and fat yield. The new variety had the added advantage that it could yield a lot of olive oil in its early stages. 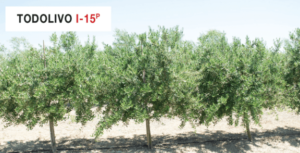 This allowed the farmer to start harvesting olives earlier in order to obtain extraordinary EVOOs and to have access to the high olive oil prices set at the beginning of each year’s campaign, all this without increasing the harvesting costs, since its fruit, even when harvested unripe, could be easily detached from the tree. In addition to this, this variety is resistant to leaf spot disease and tolerant of Verticillium and tuberculosis. Another important quality of the Todolivo I-15P variety is its hardiness, since it shows great adaptability to the different agroclimatic conditions in which we have trialled it, being more productive than the other 33 traditional varieties against which it was tested, both in rainfed and in irrigated conditions. Regarding its olive oil, it possesses extraordinary organoleptic qualities and it is high in oleic acid. 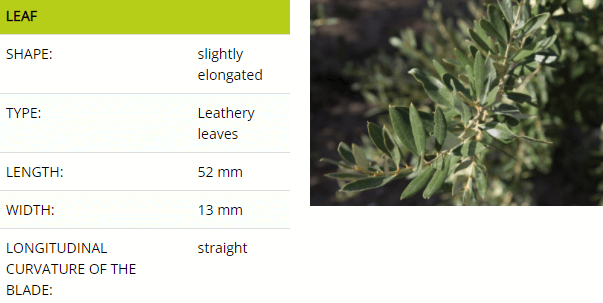 This olive oil has intense grassy aromas, with green fruit notes. Its initial attack on the palate is intense, releasing banana, apple, green almond and fresh grass flavours. It has a distinct peppery and slightly bitter taste that makes this a highly balanced and harmonious olive oil on the palate.

“The confirmation of an exceptionally gifted variety”

Todolivo I-15P is a clear example of the goals pursued by our Genetic Improvement Programme: to obtain new olive tree varieties that are more productive than the current varieties, that can be easily adapted to mechanical harvesting and that, at the same time, allow farmers to achieve greater profitability in their fields and to produce EVOOs that are unique in the market and that help them differentiate their offering, as well as better cater to the needs and preferences of the different types of consumers. 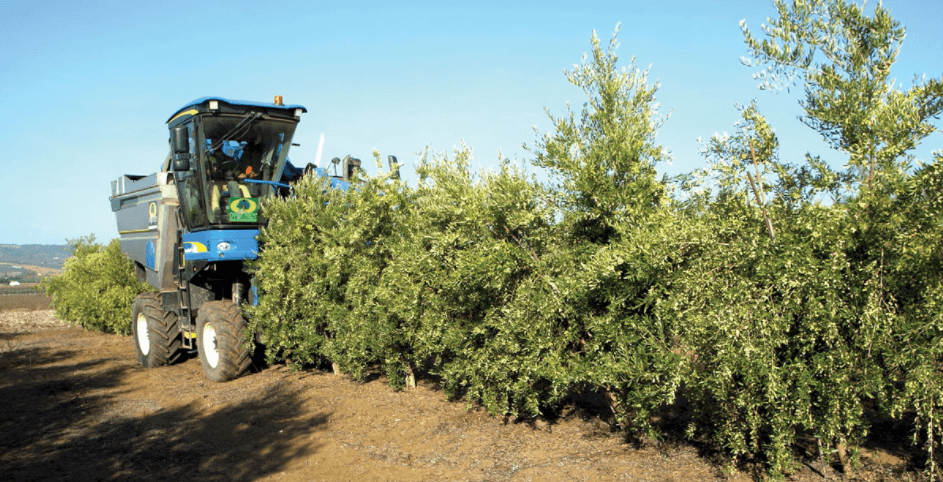 Since its creation in 2008, the Todolivo I-15P  variety has kept an impressive production track record. It has not only produced more kg of olive oil/ha than its parents, but has also outperformed an international selection of 33 traditional varieties to which it was compared. Year after year, this variety has proved, in each and every trial carried out thus far, to bean extremely early variety and to have an extraordinary productive capacity, as well as to deliver a high fat yield, both in early and late harvest. Furthermore, it is in early harvests when it shows the greatest differences when compared to the other varieties, an important quality considering the current trend of harvesting olives earlier in order to produce higher quality olive oils that allow farmers to take advantage of the high prices paid for the first olive oils of the year. 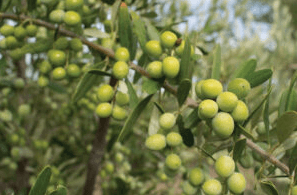 “La Cruz de los Huertos” (a plot of land belonging to the Research Centre owned by our company in Pedro Abad, Córdoba) was the first outdoor field where we planted the Todolivo I-15P variety for a first evaluation, along with other 1,345 varieties obtained in a first crossing stage of Todolivo’s Genetic Improvement Programme. This variety soon stood out from the rest due to its high productive capacity and high fat yield. After six harvests and a thorough and strict evaluation, it was preselected together with other 37 varieties.

This field is still being cultivated, and Todolivo I-15P has yielded an average production of 2,388 kg of olive oil/ha.

The second field test was carried out at “La Mata”, an irrigated estate with an area of 36.5 hectares, located near the town of Villafranca de Córdoba. This is a very homogenous plot of land and it is big enough to perform a large-scale trial.

Here, the Todolivo I-15P variety was tested along with other 56 varieties: 37 of these were new varieties from our Improvement Programme, plus an international selection of 19 traditional varieties that were used as control crops, including its parents (Arbosana Clon I-43® and Koroneiki Clon I-38®).

This trial comprises 3 fields: “Cortijo Este”, “Cortijo Oeste” and “La Balsa”. Each of these fields is di-vided into 4 plots of land, which are in turn divided into 57 rows, and an olive tree variety is planted in each row. The trial was replicated 12 times in order to ensure that the data obtained were as accurate and reliable as possible.

For this trial we used two planting layouts in order to obtain information on the behaviour of all the varieties with different planting densities per hectare.

In the autumn of 2017, that is to say, one year and ten months after being planted at “La Mata”, the Todolivo I-15P variety was harvested for the first time, delivering a production average of 625 kg of olive oil/ha, while only one of the other traditional varieties to which it was being compared in said trial, “Koroneiki”, bore fruit that same year, producing 547 kg of oil per hectare.

Following, and by way of illustration, is a comparative summary including the results of the kg of olive oil produced and the average production delivered by Todolivo I-15P and by some of the 19 traditional varieties used as control crops and to which it is being compared in each of the three fields comprising this trial: “La Balsa”, “Cortijo Este” and “Cortijo Oeste”. The following data are the result of the 2018, 2019, 2020 and 2021 harvests.

SUMMARY OF KG OF OLIVE OIL/HA BY VARIETY

Damage caused by the severe hailstorm that struck the “La Mata” estate on the 5th of June, 2021

In February 2018, the third field evaluation was carried out at our “El Calderito Alto” rainfed Research Centre, where we  planted 103 varieties of Olive Grove in Hedge: 72 of which came from the first and second phase of our Genetic Improvement Programme (including Todolivo I-15P), and the remaining 31 were an international selection of traditional varieties used as control crops.

In the two crops harvested by our company (in 2020 and in 2021), Todolivo I-15P yielded, in average, more kg of olive oil/ha than all traditional varieties to which it was compared.

Below is a sample of the average differences found when comparing some of these varieties:

Todolivo I-15P has a set of morphological characteristics that make this variety suitable for rainfed cultivation.

Such as, for instance, its leathery leaves, which allow this variety to reduce evapotranspiration, save water and reduce water stress during the dry season, thus encouraging the proper ripening of the fruit.

On the other hand, since this variety is characterised by its open growth habit and its medium-to-low vigour, trees can be easily trained and maintained into a palmette shape, which helps closing gaps in each row
and quickly form the hedge.

Its reduced need for pruning allows for easy and economical agronomic management.

The fourth evaluation was carried out at our “Las Hazuelas” Research Centre, where, in June 2018, we replicated the large-scale trial that we had already conducted with 103 varieties at “El Calderito Alto” Research Centre, but this time in rainfed and irrigated condition.

In May 2019, we carried out our fifth evaluation in a field located in the Portuguese municipality of Campo Maior, where we planted 38 preselected varieties obtained in our first crossing stage, in addition to the Arbosana I-43® clone.

The data obtained on the two varieties were the following:

We use our own and third-party cookies to analyze user navigation, personalize content and ads, offer social network functions and analyze traffic.

Press the ACCEPT button to confirm that you have read and accepted the information filed. If you want to modify the cookie settings, press MODIFY CONFIGURATION.

After accepting, we will not show you this message again.

You can allow, block or delete the cookies installed on your computer by configuring the options of your Internet browser. In case you do not allow the installation of cookies in your browser, you may not be able to access some of the services and your experience on our website may be less satisfactory.

In the following links you have all the information to configure or disable your cookies in each browser:

These cookies allow the website to remember choices you make (such as your user name, language or the region you are in) and provide enhanced, more personal features.

They are used to improve the browsing experience and optimize the operation of the website, such as storing service configurations, or storing the purchase made in a shopping cart.

These cookies can be from the site itself or from third parties, they help us analyze the operation of the web and create a profile of our customers.

They are those that collect information about the ads shown to the users of the website.